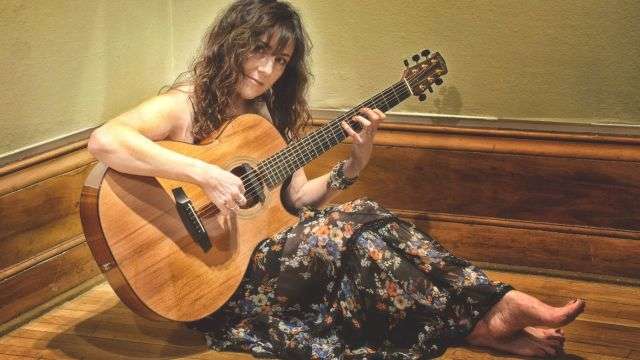 Born in Hull, Carrie developed something of a local reputation while still in her teens, as an acoustic guitarist and singer/songwriter. She fronted bands in the 90s before casting her music aside in order to raise her children. Her guitar went untouched for some two decades (!) until a chance meeting with guitar virtuoso Gordon Giltrap, MBE changed her life. Close mentoring from Gordon saw her take a huge leap forward, attracting endorsements from Vintage Guitars, G7th Capos and Martin SP Strings. Her latest album Seductive Sky features guests Gordon Giltrap, keyboard maestro Oliver Wakeman and legendary guitarist Elliott Randall, along with Daniel Karl Cassidy, younger brother of the late Eva Cassidy, with whom Carrie has sometimes been compared herself. The album is a magnificent snapshot of an artist at the peak of her creativity and gaining her fine reviews and a second tour of Canada. 1 In Music catches up with the guitarist and songstress.

Welcome to WordPress. This is your first post. Edit or delete it, then start writing!